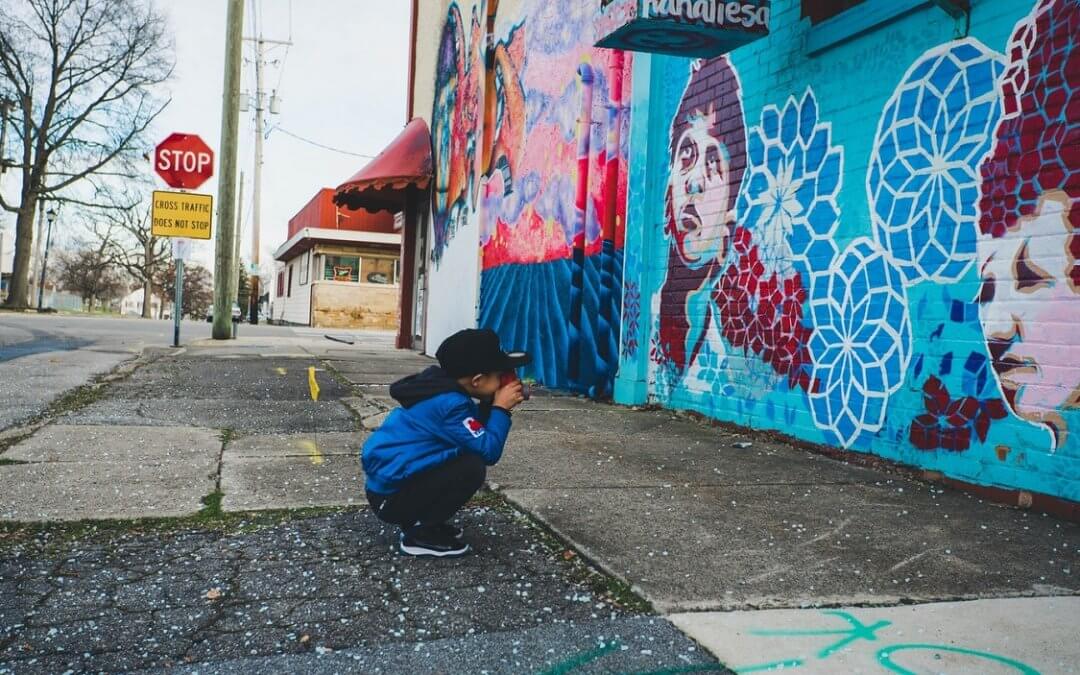 Raising a more confident, curious, and self-reliant child starts with teaching them how to play without you. All children have the capacity and drive to explore their imagination and play on their own.

And believe it or not, it’s actually quite easy to encourage independent play for children. All you have to do is give them the space and toys, and let their imaginations do the rest of the work.

The good news is, you can encourage independent play starting at a young age and empower your child in many other ways too. Here’s how.

How To Encourage Independent Play

Play is important for child development. And kids develop creativity and critical-thinking skills during independent play. Along with helping kids develop useful independent skills for children, this play time also gives you a little break to do some chores, read, or catch up on a favourite hobby.

To encourage independent unstructured play, give your child passive toys to play with. These are open-ended toys that encourage kids to use their imaginations, such as blocks, dolls, boxes, plastic dishes, pots, and pans.

Having too many toys around can be overwhelming for kids when they’re trying to decide on one. So instead, keep most toys stored away and introduce them every few weeks. Your child will be more interested in the toy and more likely to play with it for an extended time when it seems new.

Also, try to keep battery-operated toys away since these toys don’t encourage independent play. Flashy toys encourage passive play since children will often just sit there and watch the toy instead of fully engaging their imaginations.

It may take some time for your child to get used to playing without you watching or being involved. So be patient and ease into it slowly. You can start by sitting silently next to your child and not joining in while they play. And once their attention has been completely absorbed into the activity, try moving away to another part of the room.

You don’t have to leave your child in a room alone for them to benefit from independent play. If you’re nearby, your child will be comforted and more likely to keep playing.

How long you can leave your child alone to play will largely depend on their age, with older kids being able to handle extended periods of time alone than younger children.

Keep Screens Away From Independent Play

If your child likes watching their favourite shows on your TV or tablet, consider having a designated screen time that is separate from independent play time.

Passively watching screens doesn’t promote active play. Even having a TV on in the background can discourage your child from immersing themselves in their imaginations. So, if you can, keep screens away from your child’s play area as well.

Create A Space Where They Can Be Alone

Create a safe space for your child that is dedicated to independent play. This area should be childproof so you don’t have to worry about leaving them alone for a moment or two.

To make sure the area is childproof, sit at your child’s level and take a look around for any hazardous objects they could hit their heads on, knock over, or pull down.

And once they start playing in this space, don’t hover around them.

Ensure There Are Plenty of Age-Appropriate Toys and Activities Available

If the toys and games are too challenging for your child’s age, they will want you to help. So keep these more advanced activities for the times when you are actively involved. And give your child age-appropriate activities that they can play with on their own, such as independent play toys for toddlers.

Play, especially independent play, isn’t something that should be evaluated. So when your child is involved in independent playtime, don’t comment on how they’re playing.

Whether it is praise or an evaluation of any sort, your comment will take away from your child’s interest and involvement, and they’ll be more likely to look to you for direction during playtime instead of relying on their imagination.

Other Ways to Empower Your Child

Empowering children helps them feel secure, valued, and capable of controlling their own lives. An empowered child will be able to make informed choices for themselves and take responsibility for their actions.

It’s important to empower children so they can:

Along with encouraging independent play, you can empower your child by:

Here are a couple of ways you can help empower your young child with play:

Since many kids like mirroring their parents, let them do so as a form of play. If you’re tidying up, let them help—e.g., give them a toy vacuum to play with while you’re vacuuming. Or, if they want to put on makeup, give them a clean makeup brush to play with.

Keep an eye out for what your child enjoys doing the most and .

To help empower your child to be more independent and not rely on you as a playmate, let them play with other kids. Companionship is a fun part of play time, and kids need to learn that they can have fun without their parents. So schedule play dates with other children who are close to your child’s age, and let them follow their collective imaginations.

Encouraging independent play is the first step to empowering a young child. So keep these tips in mind, let your child’s imagination soar, and help them develop these essential skills so they will feel empowered throughout their lives.