How to Reduce Your Child’s Daily Screen Time 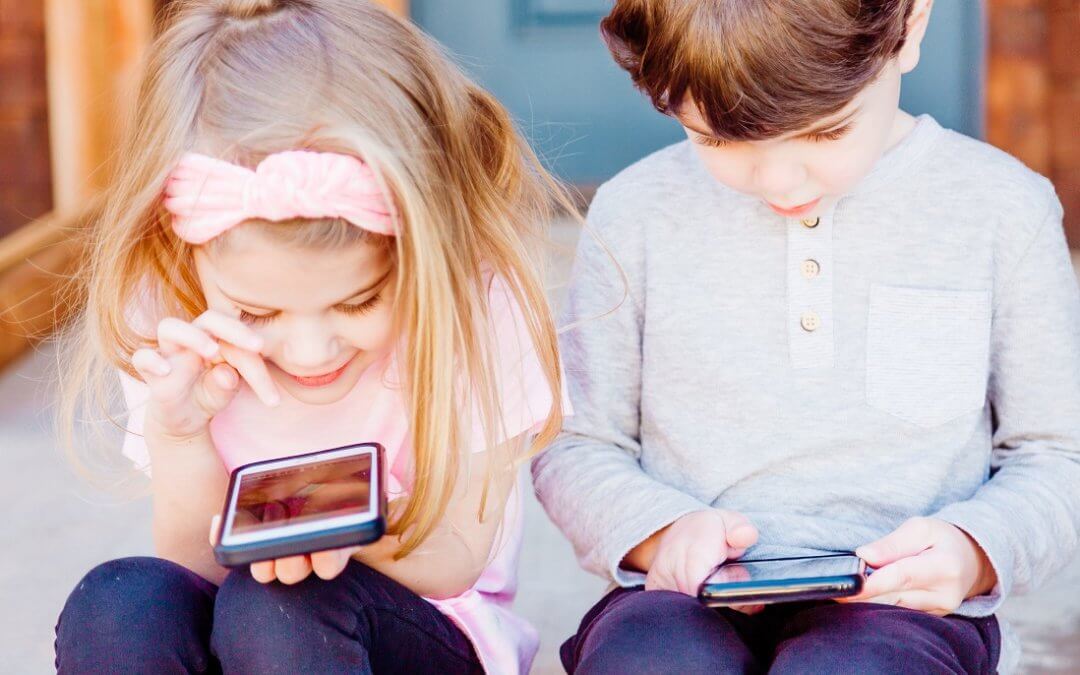 Tips for Weaning Your Child Off of Technology

Growing up in the digital age has produced a whole generation of tech-savvy tots. These days, it’s not unusual to see a toddler swiping away on an iPad, flipping through the TV Guide or watching YouTube Kids on their parents’ cellphone. Most parents secretly look forward to the much-needed reprieve that comes with screen time.

Using technology has several benefits for children – it improves communication and literacy skills, stimulates fine motor development, and can even improve academic engagement for children who are on the autism spectrum. However, too much of a good thing can have unintended consequences.

Using your smartphone as a distraction tool can have a negative impact on your child’s social-emotional development and their ability to self-regulate. This is especially prevalent in very young children. In fact, the American Academy of Pediatrics (AAP) recommends that children under two avoid screens altogether. Technology can also negatively affect how a child thinks, particularly the parts of their brain responsible for attention span and focus, decision making, learning and memory retention.

This is why it’s important for a child to have well-defined limits when it comes to screen time. Whether your child has only recently been introduced to technology and you’re looking to establish boundaries early, or they’ve already become addicted to screens and your boundaries need to be re-established, there are several things you can do to reduce your child’s screen time as painlessly as possible.

How to Reduce Your Child’s Screen Time

Set Aside Times to Unplug/ Create a Schedule

It is much easier to limit your child’s screen habits if there are specific windows of time that they know are appropriate. This can be done one of two ways – by either setting aside specific times during the day to unplug or by creating a stricter schedule and only giving your child access to technology during those times.

Setting aside specific times on a regular basis for the whole family to unplug will seem less controlling to your child. These times can be concrete – for example, no screens between 5 and 7 p.m. – or you can set more ambiguous rules like “no screens at dinner time” or “no screens 2 hours before bed.”

Once you’ve established your schedule, it’s important never to make exceptions. Children learn to follow the rules by sticking to a well-defined routine. They need to know that the rules are firm, or they will learn that inconsistency is acceptable under the right circumstances.

Set Up “No Screen Zones”

Another thing that will help limit your child’s screen time without making them think you’re overly controlling of how they spend their time is designating technology-free areas in your home.

This idea works best when you incorporate it into areas meant for socializing, such as the dining room table, the kitchen or the playroom. Additionally, banning screens from bedrooms encourages a deeper and more restful sleep.

Your child will then get a sense of which places and situations are meant for being present and interacting with others, and which are appropriate for tuning out to a screen.

Often, children use technology to relieve boredom. Giving your child an entertaining alternative to screens for when they’re bored will encourage them to find another go-to. Instead of grabbing the iPad, encourage them to read a storybook, draw a picture, build a puzzle or go outside and play.

Time-consuming scenarios like long car rides, trips to the grocery store, parties, funerals or other social functions with limited opportunities to play are a recipe for boredom. In these situations, instead of handing over your phone to keep them entertained, keep a small pad of paper, book or another toy on hand. An alternative such as a fidget spinner or cube can also keep your child’s hands busy.

When you do decide to introduce your child to screens, it’s crucial to begin forming healthy habits as soon as possible. While you’re explaining the rules to your child, make sure they fully understand what they are and why you’re setting them. If a rule feels arbitrary, your child will be more inclined to disobey. If you allow your child to form bad habits, they become more and more difficult to break.

Screen time should be a privilege that is earned – especially with young children who are still learning right from wrong. Like any activity, screen time can and should be taken away as a negative consequence.

On the other hand, once you’ve set a rule regarding screen time, don’t dish out additional screen time as a reward for positive behaviour. Instead, offer other rewards and remind your child that the rules are there to keep them safe.

Whenever your child is jonesing for a screen fix, ask them why. One of the most important things a parent can do is to ensure that kids are using screens for a reason, not just out of habit. This is where the slippery slope begins, between a healthy pastime and an addiction. If they simply want to be entertained, don’t answer with a hard no. Using technology to relieve boredom is fine in moderation. However, you could take that opportunity to suggest an alternative activity.

It’s important to have conversations about why we use screens. If you’re still inclined to say no, consider encouraging your child to do something more constructive on the device that might make you more likely to say yes, like making a movie or playing an active video game.

Last but not least, leading by example is the most obvious – and most difficult – way to encourage your child to spend less time staring at a screen. We’ve all heard the expression “monkey see, monkey do.” When it comes to limiting your child’s screen time, you will only succeed if you are willing to abide by the same boundaries.

Children will naturally gravitate toward the behaviour they observe on a daily basis. If you’re addicted to your phone, your child will see that as positive behaviour and imitate it. Plus, it’s unreasonable to justify telling your child not to bring their iPad to dinner when you’re sitting there texting under the table.

Talking to Kids About the Dangers of Too Much Screen Time

Explain to your child that too much screen time is not healthy, and that it’s important to make time for other things as well. Children who understand that are far less likely to break the rules than kids who think you’re just being mean or setting arbitrary rules.

Because most children today are already “digital natives” by the time they enter the school system, technology can be an effective tool for classroom use. It can also help maximize educational accessibility for kids with physical, mental or learning disabilities.

Many teachers incorporate screen media into the curriculum frequently, even on a daily basis. Educational games, apps, videos and programs can play a meaningful role in improving cognitive function and social skills.

The most important thing to remember is that everything works best in moderation. No one is asking you to completely ban screens in your home, but healthy limits are important for any activity. Be open to talking to your kid about what they like about screens, rather than demonizing them. Engage with them and make it something you can be excited about together.

However, don’t let your child lose sight of the things they enjoy and don’t deprive them of the opportunity to discover more interests outside of screen time. Limiting your child’s exposure to screens will allow them to reap the benefits technology can provide, with less risk.