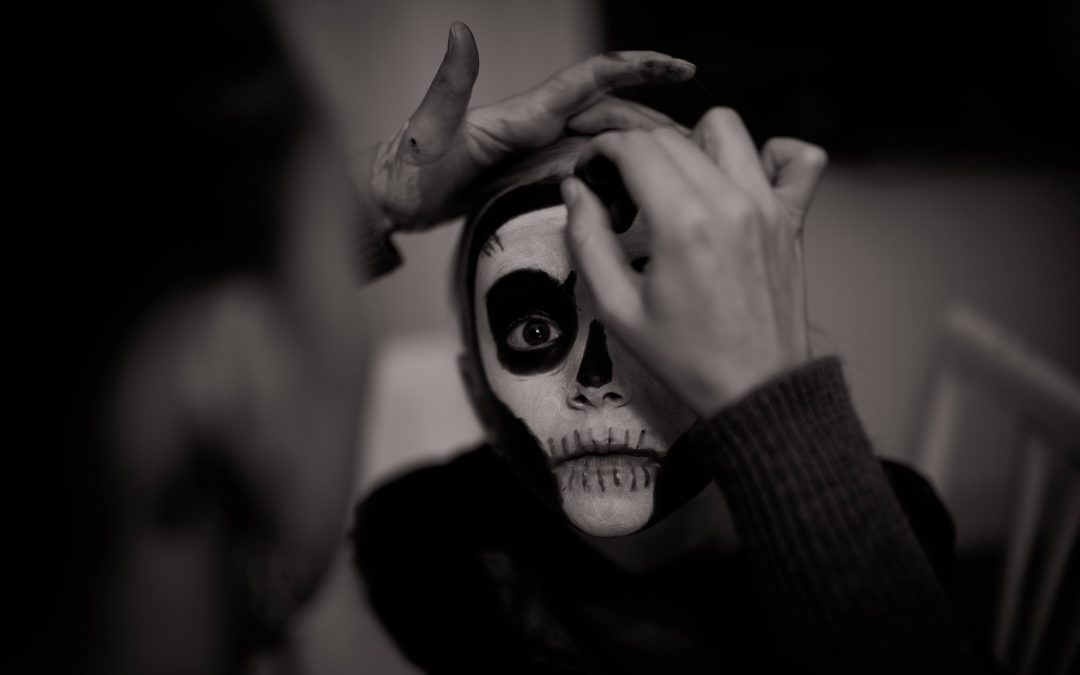 With Halloween creeping around the corner, there are many fun kids party ideas to get everyone in the spirit of this exciting season. Whether your child’s birthday is around Halloween, or you want to throw a Halloween bash, here are some themed kids party ideas for everyone to enjoy.

Skeleton balloons are not only a great Halloween party decoration, but they are also fun to play with!

Using white balloons and a black marker, draw skeleton faces on the balloons. During the game, the kids must keep the balloons in the air for as long as possible. You can either end the game: once each balloon has fallen on the floor and there are no balloons left; or if a player doesn’t successfully keep the balloon in the air, they are out of the game until there is only one player left (the winner).

Cut strips of paper—twice as many as the number of kids at the party. Write “trick” on half the strips, and “treat” on the rest. For the “trick” strips, use the blank side to write tricks, such as:

Place all the strips in a Trick-or-Treat bag. Also prepare a bag with treats for all the kids, such as Halloween stickers, pencils, and candy.

During the party, get the kids to stand in a circle. Walk around to each kid and have them pull out a strip of paper. If the paper says, “treat,” the child gets a treat. But if the paper says, “trick,” then the child must read out the trick and complete the instructions before getting their treat.

Fill a large plastic tub with gelatin, red Jell-O, or cooked spaghetti noodles. Place small plastic or plastic-wrapped prizes—enough for each child—inside the food to bury them. Hide the bucket of guts behind a screen, or place it in a box, close the lid, and cut a hole in the top that is large enough to fit an arm.

When it’s time to play the game, invite each child to step up to the bucket area, blindfold them, and have them reach into the bucket of guts to find a prize. If you are not near a sink, have towels and another plastic tub or bucket filled with water so the kids can wash the guts off their hands and prizes.

Write a list of “forbidden” words on a board, such as candy, pumpkin, Halloween, party, ghost, and witch. Have a bag or box for each child, labelled with their name, and filled with 10 treats. At the start of the game, tell the kids that for the next hour (or a timeframe of your choosing), they are not allowed to say the words written on the board. If someone catches a player saying one of the forbidden words, the player must give up a treat to the person who caught them. Once the time is up, the player with the most number of treats wins the game.

Along with Halloween decorations, don’t forget the classic Halloween music. A Halloween-themed party with these kids party ideas is sure to get everyone in the spirit of the Halloween season.