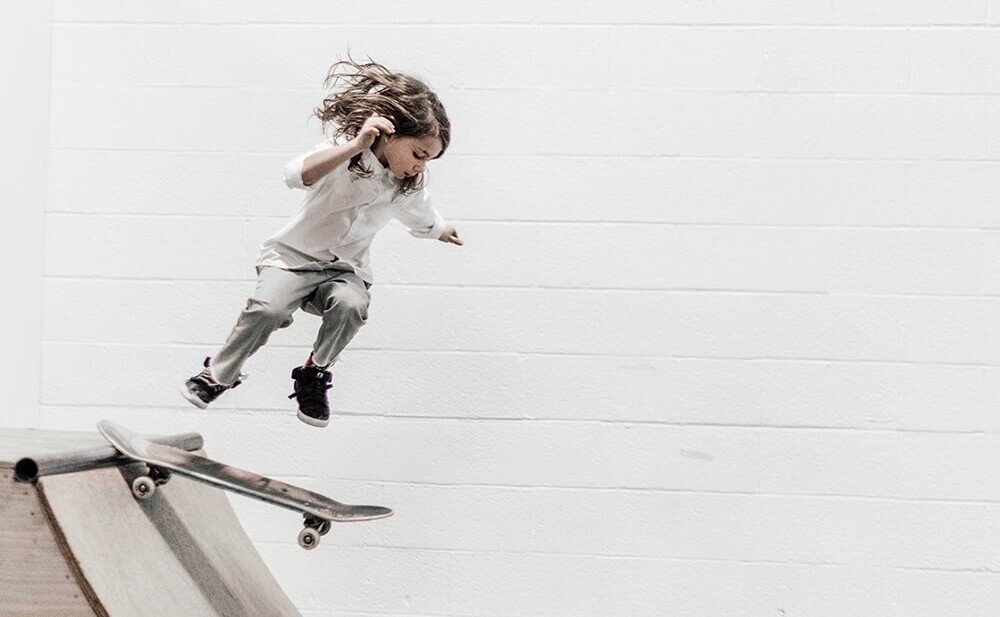 Controlling, overbearing, helicopter parenting… these terms are often used to describe parents who control their children. While it’s natural to worry about your child’s well-being, there is such thing as over-parenting a child.

When parents take too much control over their children’s lives, their children might not develop the skills needed to become independent, responsible, and well-rounded adults. And they are less likely to regulate their own behaviours.

Children with controlling parents may have difficulty becoming autonomous. What’s more, they may struggle developing and expressing their own thoughts and feelings. As a result, these kids may be afraid to talk to their parents and be honest about their feelings.

This fear can last well into adulthood. Adult children may not turn to their parents in times of need because they don’t want to worry Mom or Dad.

Besides a lack of autonomy, these kids may also be less competent and unable to relate to peers.

Kids need to think and act on their own, without parents controlling them each step of the way. Kids also need to learn to do things on their own, instead of having Mom or Dad do everything for them.

A lack of autonomy can decrease a kid’s quality of life into adulthood and lead to depression.

Whether your child’s in daycare or in high school, it’s important to take a step back and let them have more control over their own lives.

Signs of Overbearing/Controlling Behaviour with Children

Controlling parenting comes in many forms. Some controlling parents are too strict or manpulative. Others, meanwhile, get too involved and tend to run their child’s life.

If you relate to any of these signs of controlling behaviour, it’s time to take a step back and let your kids learn how to be autonomous thinkers and doers.

Your Child Has Few Responsibilities

Do you still dress and clean up after your kid? While it’s okay to do this when they’re very young, kids can start learning personal care and responsibility in their toddler years.

Kids need to learn how to be independent instead of being dependent on you for everything.

Kids can also start helping out with chores at a young age so they can develop these necessary life skills.

You Give in to Your Child’s Demands

This might seem like your child is controlling you, at first glance. In some cases, that might be true. But making sure they’re happy by giving in to each demand is detrimental to their development. If you think about it, you’re essentially spoiling your child by saying “yes” all the time.

Kids won’t learn the value of possessions or real life lessons if they always get what they want. Don’t always buy or replace things if your child demands it to make them happy.

You Have a Strict Routine for Your Child

While routines are good for children, they need some room to let them develop their own time-management skills.

If your routine doesn’t allow for an extra five minutes so your kid can tie their shoes on their own, then you need to allow some flexibility in the schedule.

Parents may snoop in their kids’ rooms or on their cell phones to keep an eye on them. But this invasion of privacy will hurt your kids.

They need a sense of privacy to feel autonomous. And if they think you’re going through their things, then they will develop a mistrust of their parents

You Step Into Your Child’s Arguments

Parents who always intervene when their children are arguing with each other are actually preventing their children from developing problem-solving skills. Kids need to learn to resolve conflicts on their own.

You Choose Your Child’s Friends

You Over-Fill Your Child’s Schedule

If your child doesn’t have any free time in their schedule, then they are over-scheduled. Let you child decide which hobbies and after-school activities they want to take part in instead of signing them up for everything you want them to try out.

You Praise Your Child Too Often

Children won’t learn how to accept failure if they are subject to constant praise. Failing is an important life lesson that teaches kids how they can improve so they can succeed next time.

You Control What Your Child Eats

This is especially important for parents of picky eaters. It’s tempting to only feed your child what you know they will eat.

But you should expose them to a variety of foods and flavours so they can develop an openness to trying new foods. And they might discover that they enjoy new foods.

Give your child the freedom to choose between new healthy foods to try.

The following are four common types of parenting styles, with two that are over-controlling.

A traditional, strict approach to parenthood. Grades and extracurricular achievement are a priority for these parents.

When parents are laid-back, stand-offish, and slow to anger.

While there is no perfect way to parent, it’s important to find a balance that guides your child and allows them to learn and make decisions on their own.

What is Positive Parenting?

Instead of controlling, you can parent your child with positive attitudes that will benefit your child.

Confirm their opinions instead of ignoring them. And never put your child down about their abilities or physical appearance.

And if you’re having a bad day at work, don’t let this trickle into your home life. Leave your workday at work, and make the transition to a positive evening at home.

Give your child choices so they can make decisions on their own. And don’t force them into activities they don’t like.

Let go of any high expectations you have and allow your child to follow their chosen path and become the person they want to be, not who you expect them to be.

Kids need freedom to explore and play on their own and with friends without a parent’s watchful eye. This nourishes their imaginations and helps them develop independence along with problem-solving and interpersonal skills.

While some controlling parents give in to their child’s demands, others always say no. So if you’re always turning down your child’s requests, try saying yes more often, and be willing to compromise, i.e. “Yes, we can do that after you’ve finished your chores.”

See Things from a Child’s Perspective

If your child is upset, try to understand why. And if you are angry, try to see things from your child’s perspective instead. Kids experience emotions more intensely than adults, so imagine how your child feels when you act negatively towards them.

Parents want what’s best for their kids, and may express this in an over-controlling parenting style. But it’s important to recognize and reflect on these controlling attitudes, and try more positive parenting methods instead.

It won’t hurt to give your child a voice and decision-making power. Instead, it will help them grow into confident and independent thinkers who can choose what’s best for themselves.